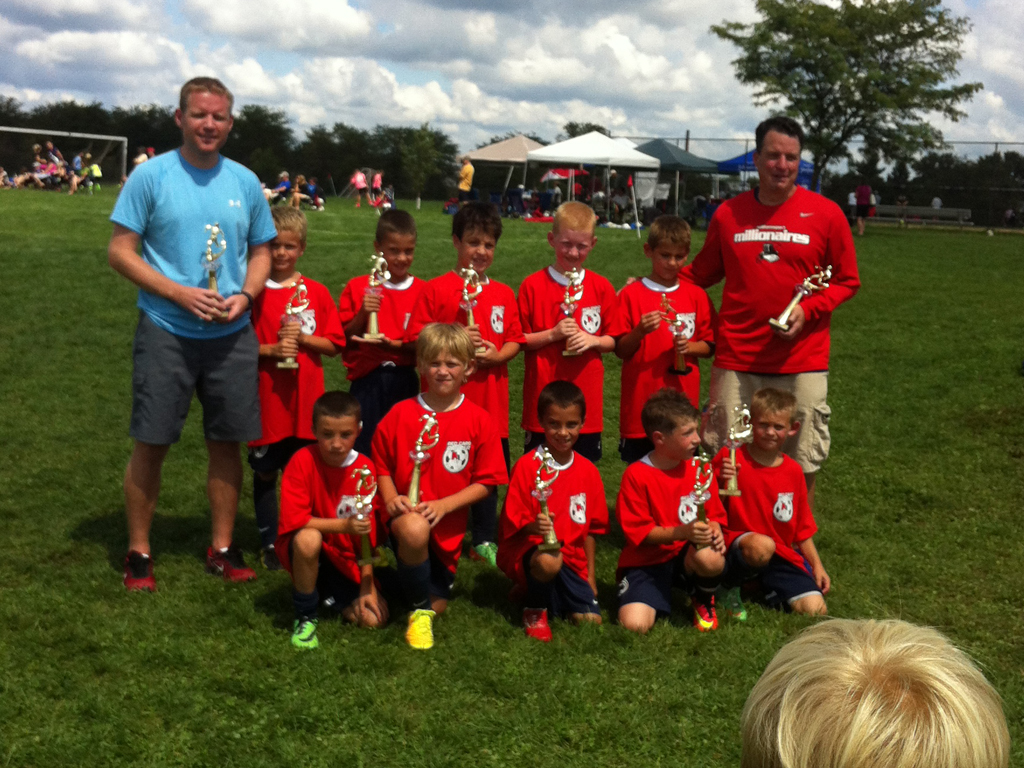 On August 23rd, 2014, the soccer teams participating in the Gettysburg Clash Soccer Tournament in Gettysburg, PA, came together to work towards an even bigger goal – curing cancer.

Partnering with Red Card Cancer (RCC), a program that unites the global soccer community together towards finding a cure, the teams were able to raise over $7,000 towards cancer research at the Johns Hopkins Sidney Kimmel Comprehensive Cancer Center.
Despite the rain on tournament day, the event helped to spread the word about Red Card Cancer – and the vital cancer research that it supports – throughout the local soccer community. The team raised awareness and funds by selling Red Card Cancer band bracelets, contributing a percentage of the teams’ registration fees towards RCC, and through generous support from Angelo’s Soccer Corner, a soccer specialty store local to the area.

The funds raised will support the work of scientists at the Kimmel Cancer Center who are discovering new, effective cancer treatments from already existing drugs. To facilitate research and benefit patients as quickly as possible, Hopkins established a comprehensive Drug Library including nearly 2,900 pharmaceutical drugs. This unique library allows scientists to test specific drugs for their effectiveness at halting, or even reversing, the growth of certain types of cancer. These tests have yielded astounding results, with profound implications for not only treating, but ultimately curing, patients while reducing the financial burden they face by repurposing older drugs whose costly patents have expired.

Thanks to the initiative of the tournament’s soccer players, Angelo’s Soccer Corner, and the community that supports them, the researchers and clinicians at Johns Hopkins are one step closer to defeating the world’s biggest opponent.