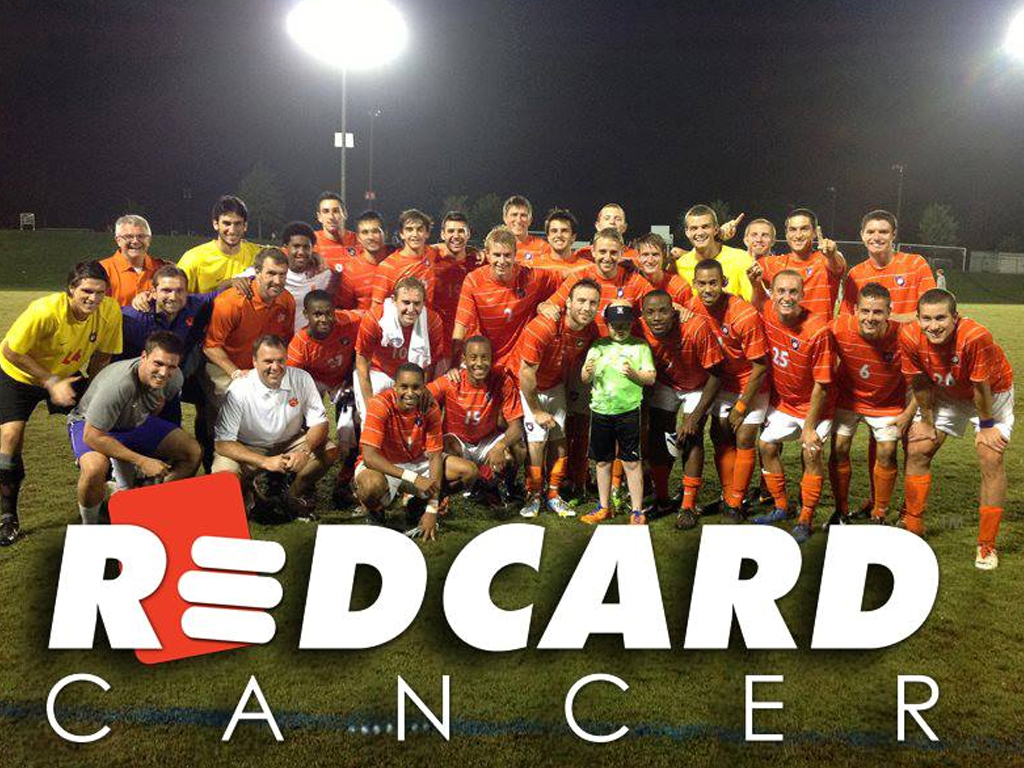 Clemson men’s soccer team defeated Wofford in a recent game and raised over $6,000 in support of Red Card Cancer. Clemson won with a score of 3-0. The game was played as a exhibition match for the combined teams to raise money for Red Card Cancer.

Fans can make a one-time donation, a pledge per goal, corner kick, or penalty kick, or make a donation at the event. Clemson will also continue the initiative throughout their season with the Clemson Red Card Cancer Goal Club where fans can pledge a donation per Clemson goal.

“Cancer has effected my life personally and professionally,” said Clemson Head Coach Mike Noonan. “The soccer community has come together to help defeat one of our greatest health opponents. Clemson Mens Soccer’s Red Card Cancer initiatives are a great and fun way to stay in touch and participate with our team’s progress while simultaneously assisting a great cause.”